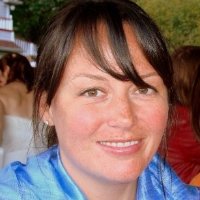 Julie joins mPOWEr and the UW Department of Surgery after a combined 8 years working in project management and public health at UW Medicine in Pediatrics and Psychiatry. Prior to working at UW Medicine, Julie worked on a long-term Robert Wood Johnson Foundation effort – the Urban Health Initiative – housed at the Evans School of Public Policy. After graduating from Mount Holyoke College, Julie spent a few years working in New York City for both state and nonprofit agencies before attending graduate school at the UW Evans School where she received her MPA. In addition to her work on mPOWEr, Julie also manages several other studies at the Surgical Outcomes Research Center (SORCE). Outside of work, Julie loves to travel, a passion influenced by having spent her first 16 years in Asia and being part of a family that has long had the travel bug. She also enjoys spending time exploring the Pacific Northwest, and as an ordained wedding officiant, spends many a summer weekend getting to do just that at weddings throughout the region.