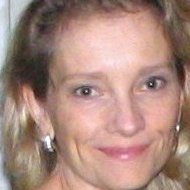 Cheryl was mPOWEr’s first project manager from 2013-2015, when we sadly lost her to her home Canada. She earned a Bachelor of Nursing Science Degree from Lakehead University; a Certificate in Cardiovascular Perfusion from The Michener Institute of Applied Health and Technology; and a Master of Public Health from Walden University. After graduating from Nursing, she spent 4 years in the Canadian Armed Forces and was voluntarily discharged with the rank of Captain. Until July 2015, she was a Research Project Manager at the University of Washington in the Surgical Outcomes Research Center, where in addition to overseeing the work of mPOWEr, she managed several comparative effectiveness research studies. Cheryl has since relocated back to Canada, now a Health Service Research Project Officer for the University of Victoria. Outside of work, she enjoys spending time with her family; watching her boys, ages 10 and 11 play ice hockey; and hiking on beautiful Vancouver Island where they now make their home.